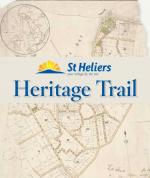 St Heliers Bay- Maori name is Te Whanganui-o-Toi which means Big Bay of Toi or Toi Toi. The name St Heliers Bay was adopted in the 1880s. A settler Major Walmsley, was struck by the resemblance to a bay at his birthplace Jersey, in the English Channel, named it after the island’s principal town, St Helier. Around that time a development company purchased a large part of the surrounding district for subdivision and called its holding “St Heliers Estate”